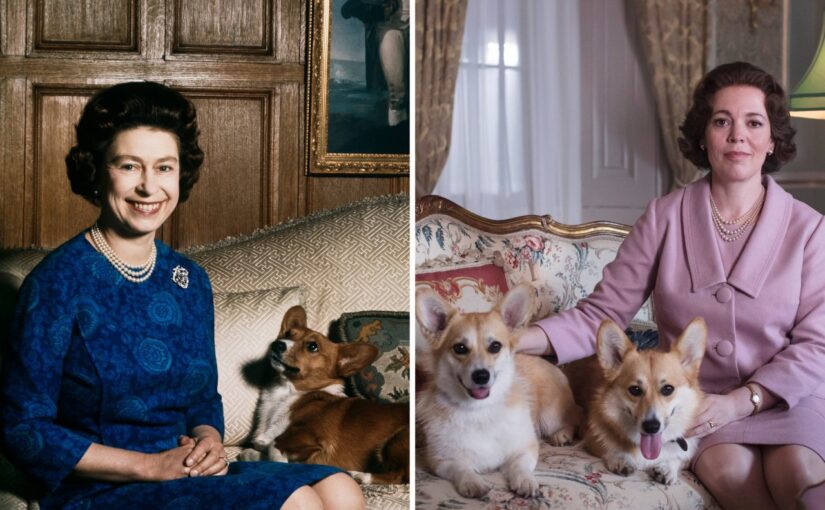 I promised myself I would temper this season, watching only two episodes at a time.

That did not work.

Today’s email comes to you after a full-fledged weekend of delicious, unadulterated bingeing of the fourth season of the greatest Series of all time: THE CROWN (Netflix).

As I watched in delight these epic, complex characters and the most exquisite sets and costumes to bless the screen since Dynasty, I couldn’t help but notice THREE possibly less-obvious epic life and leadership lessons than the over-arching Diana narrative, filed under “be careful what you wish for.”

Join me, if you will, in a few poignant points that are always well worth pondering and making:

1. Downtime is imperative. Love her or hate her, Thatcher is undeniably a character: a zealot steadfast in her convictions and, maybe above all other quirks, a workaholic. During her first visit (only visit?) to the Queen’s Balmoral retreat (extra castle?) in 1979, Thatcher is out of place – not knowing the attire, nor acknowledging the purpose of the weekend, as she chooses to work during a moment saved for rest and socializing. In an epic showdown with the perpetually rude and haughty Princess Margaret, she is chastised by the royal for doing work. Thatcher rebuts that she has never found any pleasure in downtime, and then it comes – the quip you might almost miss in the brilliant deadpan force of Helena Bonham Carter’s performance. Margaret’s rebuttal to Thatcher is that should she give it (downtime) a chance, as she might find something even more important than pleasure: perspective. Though chastising anyone, ever usually makes my stomach churn, I could not help but side with the lesson.

2. Do not judge a book by its cover. Like everyone on the planet, I was also excited to see Gilian Anderson bring back the UK’s first female Prime Minister and controversial conservative icon, Margaret Thatcher, mentioned already in point one for her glaring invulnerabilities. THAT was the thing that electrified me – the first female leader of the UK, I thought, had to espouse some commonalities with other icons of female equality, like the great Golda Meir of my own homeland, Israel. But Thatcher is nothing like Golda. In episode one she does away with any freedom or credit for her sex, declaring to the Queen in their first meeting that women will not be included in her cabinet and that she finds them “rather too emotional.” Funny how often it is, even today, that feminists don’t always look like feminists. The Queen, a wife and mother with a titular sovereignty turns out to be a far greater champion for equality and the competence of women. Personally, I often say – stop listening to what people say and watch what they do and how they are living their lives. Misogyny is pretty easy to catch like that. And it belies something far worse than discrimination – it belies a belief in scarcity and competition, worldviews that, aside from failing you in the long run, make for pretty conditional relationships and a pretty sad – or un-emotional – life. Poor old Maggie.

3. Taking time to watch excellent Television IS a form of expansion. In defiance of my mother and many studies on the ill effects of TV on the psyche, I have watched gobs of great television all my life. And nothing – aside from my equal obsession with books and travel – has had a more profound effect on my soul. Consider, if you are TV-averse, my case: just as travel is not ONLY Vegas and all inclusive, cheesy resorts that do nothing for the soul or the intellect, similarly, TV is not ONLY mind-numbing Bravo reality shows. From Six Feet Under, which helped me to thoughtfully ponder and accept death, to The Marvelous Mrs. Maisel, which has expanded my views on the industry of entertainment and the skills and art of creating compelling content – my mind and work have benefited immensely from TV. In fact, I am pretty sure I first got a glimpse of my personal vocation watching Frasier. The Crown is the same sort of quality content that can enhance your life. Sure, there’s that royal voyeurism. But the grandeur of the production and flawless performances transports you for a moment into the lives and experiences of others. If you let yourself go, you learn not only about their worlds and their work – at their best, shows like these will allow you to experience empathy and understanding. There is nothing on this earth that will serve you more than that.

As always, I welcome your feedback to this email and hope it has served to give you a moment to reflect and think more deeply about these lessons in your own life.

For everything else, you know where to find me.

God Save the Queen.